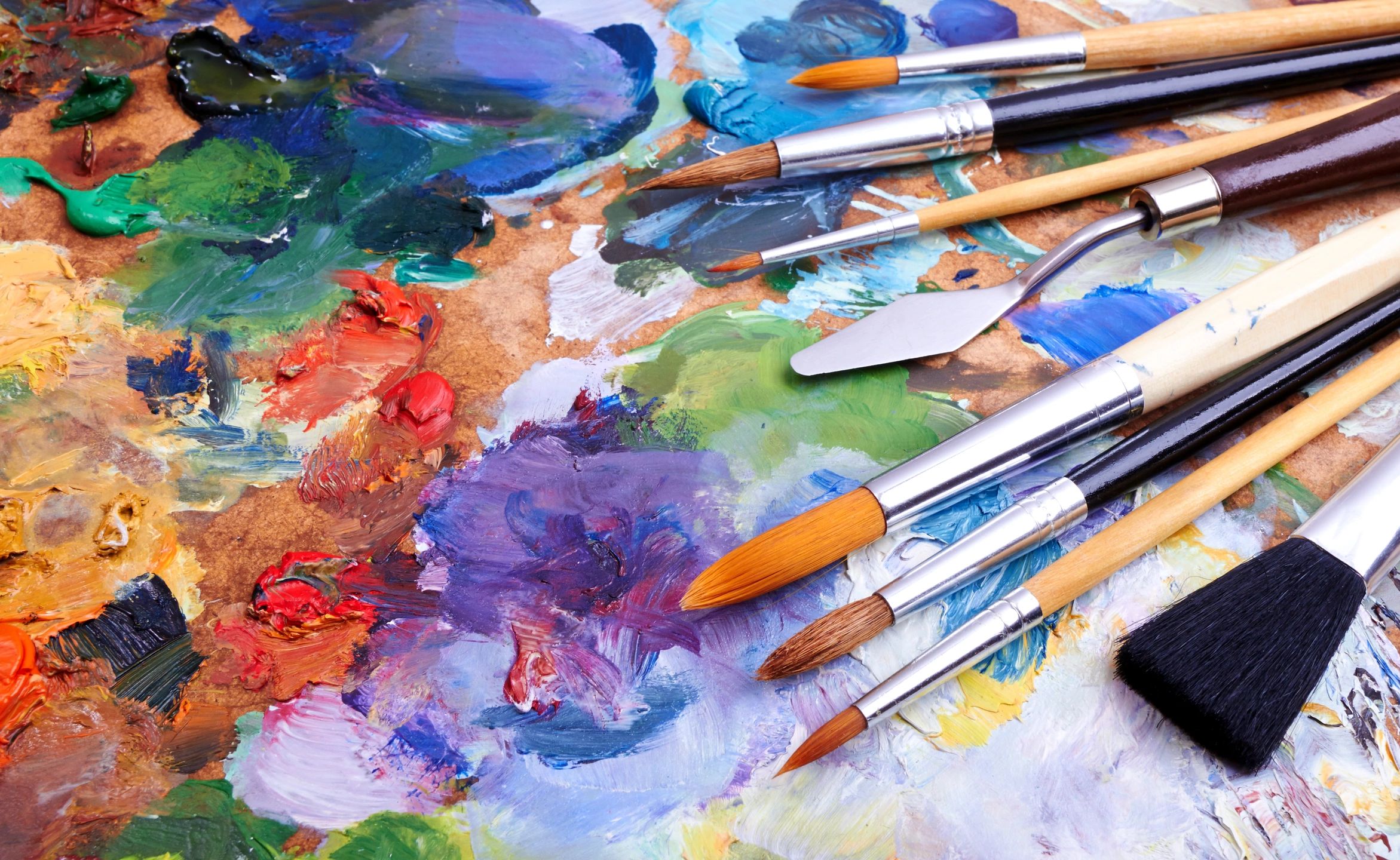 Last week our CEO put me in touch with some friends of his at another startup, and asked me to consult with them on how to ramp up their customer success and support teams. Great experience! The guys I connected with were hungry, eager to learn, and had really great questions for me. Towards the end they confided that they had looked through my LinkedIn profile and were curious about how I came to be in my current role. Just two days later, the Support Driven community introduced a writing challenge, for which the 1st week’s topic would be the path to your career. Moreover, I’ve been meeting a lot of new people this week while traveling in New Delhi, and have repeatedly been asked what it is that I do, and have done in the past. The synchronicity of the universe seems to be nudging me to write this post, so here it is.

I’ve been incredibly lucky to be able to work a vast variety of jobs in my life, and I’m so grateful for the learning opportunities that each role has given me. To the best of my knowledge, I’d like to share the positions I’ve held and what I’ve appreciated about each one. Typically, I’ve only recalled my work experience in the context of another role that I’m applying for, so this is honestly the first time I’ve ever listed each of my positions at once.

2004 – Breakthrough Collaborative – In my 1st job, I got to teach and mentor a group of low-income yet high-potential 8th grade students for a summer program. As 1 of only 2 high school students in a faculty of 26 (the rest were college students), I was one of the youngest teachers teaching the oldest students. These words don’t do justice to the environment that Breakthrough creates for these kids. One of the best summers of my life that taught me the power of community, creativity, and potential.

2005 – Austin Children’s Museum – I love creativity in all forms. Especially when work looks and feels like play. This job taught me the power of bright eyes and introduced me to the art of herding cats.

2006 – Academy Sports and Outdoors – I got to share in the camaraderie of retail work, the passion of people serious about their craft, and see what it’s like to work just to make money.

2006 – Kumon Math and Reading – I love math. Kumon is supposed to help bright young students get better at math and reading, and I got hired as an after-school tutor to help lead that effort. But I don’t think anyone actually enjoyed doing those exercises. I didn’t know it at the time, but I was beginning to learn about why a solution isn’t a solution without a good design.

2006 – Top Gun Promotions – This was door-to-door sales. I literally walked across entire neighborhoods in the middle of the Texas summer to sell automotive oil changes. I’m laughing as I type this and remember what an experience that was. The lessons that stand out were how to conserve energy and how to practice the art of charming people.

2006 – Office Max Sales – Retail round 2. At this point, my only lesson was that I never want to work in retail ever again.

2007 – Westin Hotels and Resorts – Enter the world of high end customer service! I got to work as valet, bell service, and room service. This was an incredible experience, during which I got to see how a well organized company can function with multiple moving parts and stay open 24/7. The hotel had a life of it’s own, and more layers than met the eye. I dived right into it and loved the feeling of empowerment I had in each interaction.

2008 – Goin’ Postal – This was a part time gig in which I helped box and ship packages. It was interesting to see the people that came in on a regular basis, and the folks that came in around the holidays to send things to their loved ones.

2008 – Special Agent Group – My first work in a business environment, as an administrative assistant. I helped broker deals and learned how to manage real estate marketing.

2009 – YMCA of Austin Childcare – I learned the value of family, of community relationships, and how to engage a young mind. By young, I mean between the range of 6 weeks (brand new to the world) and 11 years old. I became a baby whisperer.

2010 – BooksOnBoard – My first startup experience! Although, I didn’t know what a startup was at the time. I was hired as an unpaid intern and selected to stay on in a paid marketing role. I got to practice my ingenuity and creativity on a business level and loved seeing the impact of what I was doing.

2010 – Yoga Solutions Web Developer – The internet was still a relatively new thing when I was in 8th grade, and after an intro class to HTML and a few years of playing around with websites, my dad recruited me to take care of his. This project in particular has taught me the challenges of working with people very close to you (love to my dad) and inheriting code from strangers (yikes).

2011 – W Hotel Austin – I was selected to help open the W hotel in downtown Austin, which felt like a big deal at the time. I got to see the organization come together behind the scenes, meet the investors, and take on the role of a brand ambassador. At the time, I never felt more like an Austinite, bringing this high-end hotel to my city and introducing it’s guests to the pleasures of the town. The hotel felt like a really luxurious room in a house as big as a city. Moreover, playing a small part in the creation of the legendary ACL Live music venue just next door was super cool. All that being said, my biggest lesson at this point in my life was that I needed to either focus on finishing my degree or focus on my career. I couldn’t balance the two forces trying to lead my life anymore.

2012 – Big Bang – I decided to focus on school and take a less demanding part-time job. Big Bang is a bar on 6th street, and I was the new doorman. They call this area dirty 6th because it’s full of cheap shot bars frequented by the young and reckless of Austin. And also cause it’s really dirty. I learned how to gauge the  wildness in people’s eyes and hold my own against people much bigger than me.

2012 – Metrocycle Pedicabs – I signed up to pull a bicycle rickshaw around the streets of Austin. This was a lot more fun and I was essentially working for myself. I could work as hard as I wanted to, with no limit to the amount of cash I made on any given night. Coming from a country where rickshaw riders earn cents (practically nothing) for working all day long, I was really amazed at the amount of cash I could make in comparison. Nevertheless, pulling 300 pounds of human behind me using my legs was no easy task, and I learned the true meaning of manual labor.

2013 – St. Edward’s Library – Being a student librarian is so much fun. Once again, I was part of the opening team, helping to put together the library from the ground up. Initially, my role was mostly in stacking thousands of books on shelves which gave me a lot of time to browse through titles that I liked. Later, I simply monitored and helped other students conduct research. Mostly I just got to enjoy the peace and quiet of a good book.

2014 – Austin Watershed Protection Department – I felt like the coolest kid on the block working for the City of Austin. So official! I was hired as a marketing intern, and helped revamp the city’s strategy to promote an anti-litter program. This was a huge learning opportunity in which I got to see how government works at the local (most effective) level. I witnessed the power of infrastructure, true dedication, and local mastery.

2014 – YMCA Yoga Teacher – After graduating college, I took a course to become certified as a yoga teacher and enjoyed teaching a few classes at the YMCA. As in my teaching roles before, I found myself inspired to lead and guide people towards a common goal. It’s a feeling of empowerment I believe everyone should give themselves.

2014 – Texas Commission on Environmental Quality – I found that working for the state was very little like working for the city. It felt much more bureaucratic, slow-moving, and a place where people came to spend the rest of their lives. There were experts in the field, sure, but most people just avoided doing real work. I was given charge of validating data for a water quality program. Although it was a great learning opportunity, and they invested freely in my education, I found myself twiddling my thumbs most of the time and looking for more meaningful work to do. I learned that I wanted to work with people of my own age and be closer to the impact of my work. I wanted to be inspired.

2015 – Recruiterbox – I found myself a small team, highly motivated, driven, and intelligent. I’ve been with them for nearly two years now and have loved every step of the way 🙂 Initially joining as a customer happiness rep, I have evolved into a customer success manager and found myself naturally inspired by the work I am doing now. It may seem like a new activity compared to the previous roles that I’ve held, but my notions of building human relationships, designing creative experiences, and delivering real value are all expressed here. One of the greatest lessons is contributing to the growth of a company and getting to redefine what it means to have meaningful and rewarding work. Again, I enjoy creating from the ground up. As it says on our website, we’re not just building a product, we’re building a company.

I don’t have many words left to conclude this post. I’m finding myself on a journey that is more than a few years old and also feels like it’s just begun. I’m learning a lot about myself, the world around me, and how I can best move through it with grace and success. Cheers to the folks around me doing the same!

12 thoughts on “Getting to Work”